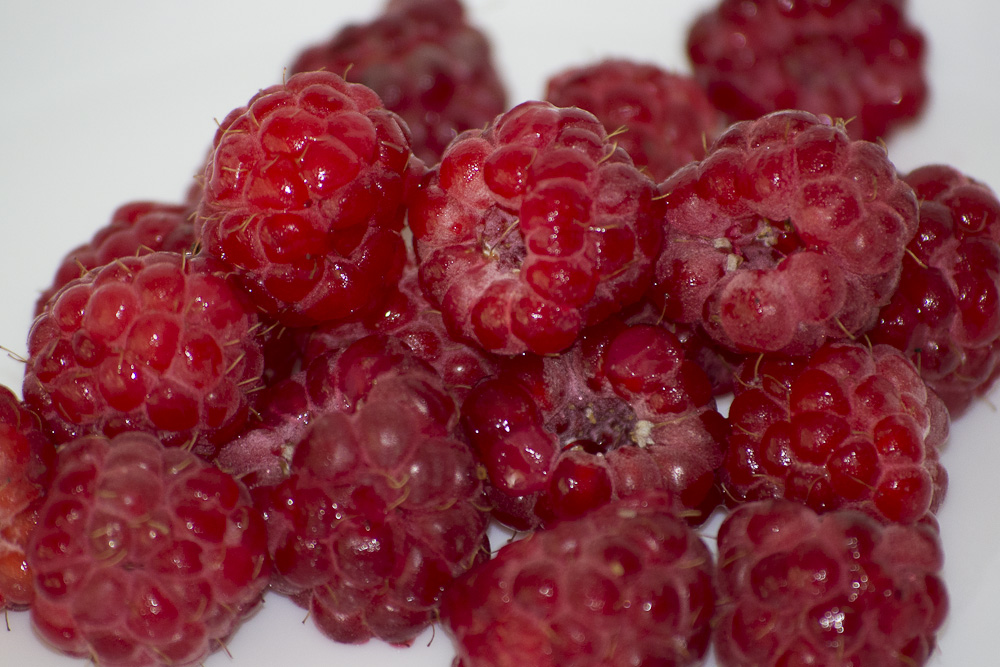 Indigenous to Asia Minor and North America, raspberries have been collected as a food source for centuries. The Roman agriculturist Palladius wrote about raspberry cultivation in the 4th century. Ecological findings at Roman forts in Britain included raspberry seeds, which led to the assumption that Romans spread the cultivation of raspberries in Europe.

The colonists brought cultivated raspberries to America, and William Price sold the first commercial nursery plants in 1771. By 1867, there were over 40 different varieties of raspberry plants.

Today, Washington State produces nearly 70 million pounds of raspberries per year, which is nearly 60% of United State’s raspberry production. California and Oregon are also principal producers. The black raspberry is abundant in the eastern United States, and is only indigenous to North America.

Raspberries were long considered a luxury, as only the rich were able to enjoy the delicate fruits. By the middle Ages, wild raspberries had many uses. Artists used raspberry juice in both paintings and illumination of manuscripts.

Physicians and herbalists recommended the fruit, leaves, and roots for everything from eye inflammations, boils, and fevers, to bowel problems and even bee stings. Midwives recommended raspberry leaf teas and extracts for treating pregnancy-related problems and to prepare a woman for labor.

During the time when the first European settlers migrated to America, Native Americans were drying raspberries to preserve and easily transport them. By the 1830s, the ripe fruit was made into preserves, jams, jellies, and syrups.

Raspberries were often used to treat cholera and dysentery and the Native Americans were using them for coughs and poultices. Even in the 1900's, raspberry juice was used to make a syrup that disguised the unpleasant taste of other medicines. 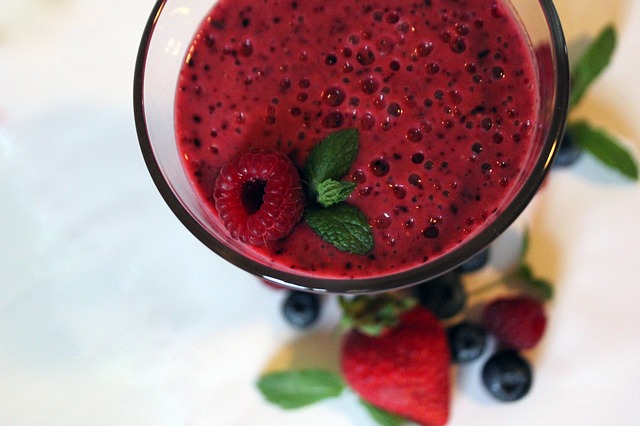 Raspberries are a luscious fruit with a short shelf life. Raspberry lovers enjoy them fresh and prepared in every way imaginable, such as in baked goods, salad dressings, as a glaze for meats, and in desserts, beverages, sauces, and preserves. Raspberries are also frozen with or without added sugar.

Raspberries are an excellent source of Vitamin C and manganese and are a good source of dietary fiber. They also contain Vitamin A, B1, B2, B3, folate, Vitamin K, magnesium, potassium, copper, calcium, and iron.

Raspberries rank near the top among fruits that are rich in antioxidant strength. These antioxidants are in the form of anthocyanins, ellagic acid, salicylic acid, quercetin, and catechins. Raspberries have an oxygen radical absorbance capacity (ORAC) rating of about 4900 per 100 grams, compared to 9000 ORAC units for wild blueberries, and 2800 ORAC units for apples (2).

Click the link below to see the nutritional value tables for details. 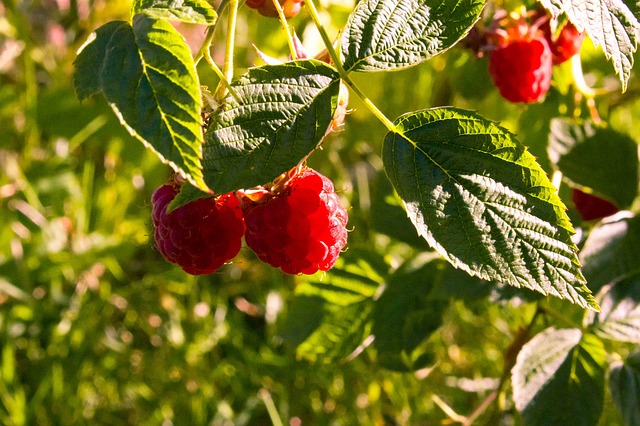 Preliminary medical research shows that different raspberry components may be effective in a number of conditions. The antioxidant activity of raspberries is almost 50% higher than strawberries (1), (2). This protection is largely from the ellagitannins, a family of compounds reported to be effective against cancer and almost exclusive to the raspberry.

The antioxidant capacity of raspberries also protects the body against cardiovascular disease and has been shown to lower high blood cholesterol. Raspberries are often used as a treatment for diabetes. The unique combination of nutrients, including dietary fiber, helps slow the release of carbohydrates into the bloodstream. Furthermore, raspberries inhibit the production of COX-I and COX-II, in a way similar to Aspirin and Ibuprofen, which makes the fruit helpful in treating inflammatory conditions like arthritis and gout. They are also effective for allergies and age-related cognitive and eyesight decline.